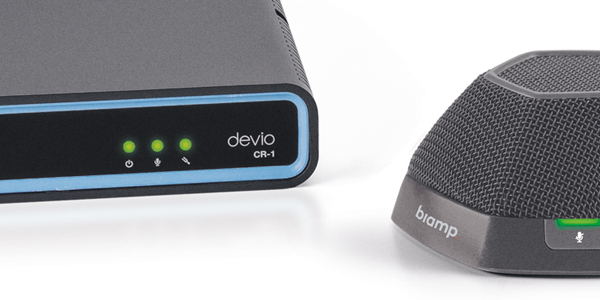 InfoComm is one of the largest pro-AV and systems integration trade event in the world and it’s been growing every year. InfoComm International officials have reported that this year’s event broke all previous records: more than 39,000 people attended and more than 1,000 companies exhibited. NewBay Media’s industry-leading brand for AV and IT managers and users, AV Technology, has announced the new products deemed Best of Show at InfoComm 2016 in June in Las Vegas.

AV Technology‘s Best of Show Awards were designed to recognize new and outstanding products exhibited at InfoComm 2016 that solve meaningful problems for tech managers. Products are nominated by the manufacturers, and the brand editor assembled a team of five AV experts, most with CTS/CTS-I certifications, to judge the entries anonymously on site, in real time.

Among many of the awarded manufactures were also three from our represented lines: Digital Projecton, Stewart FilmScreen and Biamp.

The E-Vision Laser 8500 Laser delivers a stunning 8,500 lumens from a stable solid-state light source, capable of producing over 20,000 hours of illumination. This single chip projector was developed with Fit and Forget’ directive, ensuring it needs only minimal maintenance throughout the lifetime of the display.

New Torrent ElectriScreen system – designed with corporate campuses, educational institutions, and houses of worship in mind – gives installers and consultants the option of an elegant recessed roller screen with an image width up to 17 feet wide.

The Torrent has a streamlined case with a beautiful finish, designed to be only 9 ¼ inches tall by 12 ½ inches deep – considerably smaller than competitors’ offerings and preceding Stewart units of this scale. The small case height and simple four-point mounting system allow the Torrent to fit a wider range of ceiling depths, reducing the workload on integrators. Torrent eliminates side access covers through use of offset interior endplates. Unlike many competing offerings, Stewart ensures a substantially reinforced roller system to handle traditional aspect ratios, but also can customize Torrent with plenty of extra black drop above the image area for rooms with high ceilings.

An idea that starts on the desktop or in a cubicle quickly becomes the subject of a spontaneous brainstorming session. In order to keep the conversation going, participants must be able to seamlessly move the discussion from the desktop and expand it into the huddle room. Devio is a natural extension of how people work every day, and can be used with any display, client application, or USB camera.

As a single-box solution, Devio comes packed with conferencing technology, doing all the work so you don’t have to. Its beamforming microphone has three 120-degree zones, providing full 360-degree coverage of the meeting space.